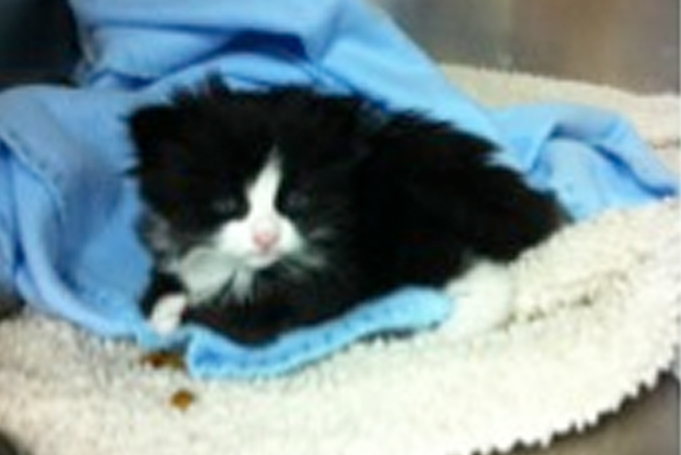 My story began when I was about 3 weeks old, and was brought into North Town Veterinary Hospital. A lady who had found and cared for my brother and I, noticed that I was breathing in a strange manner and I wasn’t eating as well as my brother.

Ripley2Upon closer examination, it was discovered that my ribcage was in a flattened shape as though someone had stepped on me. The X-rays had shown that my lungs were deviated to my left in my limited chest cavity. I also had a slight “slope” in my spine. In order to breathe, I had to use my abdomen to draw breaths which required a little bit of effort. In addition to this, my left hind leg splayed out to the side at the knee. Aside from these issues, I was pretty healthy. I was cute, but somewhat awkward-looking.

At first, many people questioned what could have caused my condition and whether or not I would survive, or if I would develop complications as I grew up. No one at this time really knew what caused me to look this way. Euthanasia had been considered as well (yikes!) My doctor from the start and throughout my care was Dr. Gala Musters and thankfully, she suggested to give me a chance and “see what happens”. I was not in pain and was not suffering, so why not? I had been spared from the needle for now. Phew!

Thanks to Gloria Fantegrossi who runs Four Paws One Heart, a rescue organization, I was accepted into the program. Andrea Stonehouse, a foster parent with FPOH, raised me. With 15 years of fostering experience, she has never seen a kitten that was like me, so she wanted the challenge and to learn more about my condition.

Andrea did research and discovered that my condition was called Flat-Chested Kitten Syndrome (FCKS). So little is known about this condition because of how uncommon it is (some doctors Andrea had spoken to has never seen or heard of a FCK!). The causes and outcomes can be variable as well. Often when a kitten was discovered to be flat chested, usually around the age of 2 weeks, they were euthanized. Andrea learned that if I could survive past 3 weeks and continue to gain weight, my odds of thriving would go way up. However, some kittens like me could do very well and then suddenly crash around 13 weeks of age. Because of this, my progress, limitations and exercises were closely monitored. Taurine has been suspected but not conclusive, to play a role in FCKS, so my diet had been supplemented with high quality meat canned food as well as a precaution. Yummers, I didn’t mind that!

Throughout my development and because I had limited chest space, Dr. Gala Musters examined me regularly to ensure that my heart and lungs sounded good. As I grew, my leg gradually straightened out with exercise and therapy. At one point when I was 4 weeks, if I got too excited I would gasp and would have to stop to catch my breath. This only occurred a few times within a week, then it resolved. By the time I was 10 weeks old, my ribcage had normalized in shape and you would never have known that I was once flat-chested. Many people who had met me when I was 3 weeks old are amazed at how I look and feel now. On top of that, I am full of energy, very inquisitive and quite the character, so my foster mom says. I act and can do things no differently than a normal kitten, maybe even better. I am a real trooper and I survived, because I was given a chance.

It is with hope that this article will help to spread awareness about flat-chested kittens. Just because we started off looking abnormal, it does not mean it is over for us. Sometimes a chance is all we need and as long as we are not suffering, the results can be far different than what was initially expected. A little research can sure go a long way!

As of the end of August, I am now 6 months old and still going strong. I can be expected to lead a normal life. Because I have made it past the “danger points” of being an FCK, I am finally going up for adoption next week to find my forever home. Yay, me! So if you happen to meet a kitten like me in the future, please consider giving him/her a chance. My name is Ripley and I am a (former) flat-chested kitten. I made it! 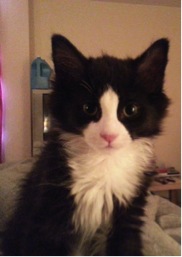