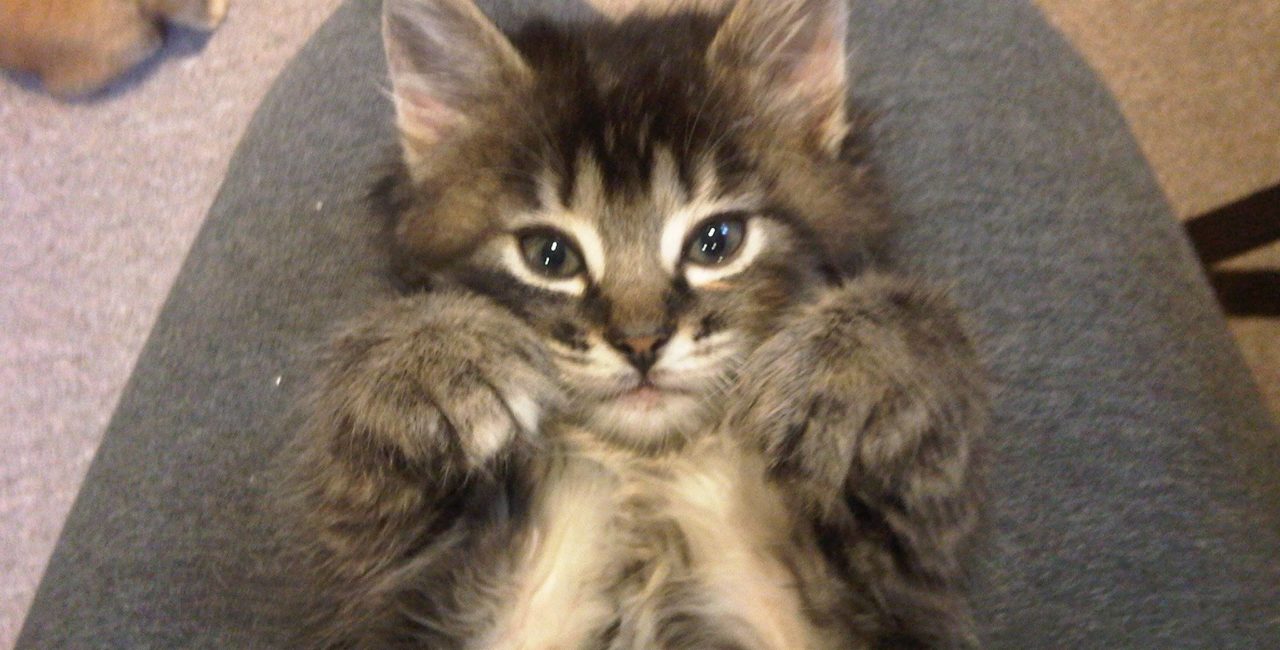 Vaccines are what we use to force the body to create an immune reaction and antibodies to a particular disease. This trigger of the immune system helps prevent future infection should the animal come in contact with that disease. It is generally recommended to start vaccinating puppies and kittens at the age of 8weeks old. While they do get some antibodies from their mother’s milk, it doesn’t protect them for very long, this is where we start vaccines to help compensate. Puppies and kittens get a series of vaccines, because it is difficult to tell exactly when the mothers antibodies cease to be affective. This way we prevent there from being a large period of time where they aren’t protected at all. Vaccines are often combined to make it less stressful on your pet.

For cats and kittens there are three main vaccines your vet will use, FVRCP, FELUK and Rabies. Dogs will get DHPP, Lepto, Bordetella and Rabies. After they are one year old the DHPP dog vaccine turns into DAP, as they no longer need everything all at once. So what do all of these letters mean and what do they mean for your pets health?

So what do these diseases we vaccinate against actually do to our pet’s health? The most common disease pet owners are aware of is Rabies. It is usually carried in the saliva. This is how it spreads through bite wounds when the infected animal’s saliva is transferred under the skin. What pet owners may not know is that there are two ways your pet can react to this disease. The more well-known is aggression and frothing at the mouth in the later stages; paralysis, seizures and death eventually follow. In the none-aggressive form the same slow paralysis applies but comes with more facial distortion and difficulty swallowing, with the same result. Rabies can be transmitted to most mammals including humans.

For cats Feline Rhinotracheitis Virus and the Calicivirus are upper respiratory infections that can have one or many bacterial causes. General signs of infection include sneezing, nasal congestion, nasal discharge, fever, lack of apatite and lethargy. Your cat is most likely to get them from group situations, boarding kennels, shelters and feral populations. It is spread through bodily fluid contact, including unwashed surfaces. It is usually not fatal and can be treated, but if left untreated pneumonia can develop severely enough to be fatal.

Panleukopinia is the cat form of Parvovirus in dogs although they are not interchangeable. Dogs cannot get Panleukopinia or vice versa. This disease attacks the white blood cells in the body, which are extremely important to our immune system and makes them vulnerable to other infections. This disease can be spread by coming into contact with infected urine, feces or anything that might have come in contact with them such as clothing, surfaces, and water/food. The most common signs are vomiting, diarrhea (with possible blood), eye and nose discharge as well as depression and dehydration. It can be fetal if not caught quickly enough and supportive care started.

The Feline Leukemia Virus invades and replicates in various cells of the cat’s immune system and blood-forming tissues, as well as other cells. The result can be death of the cell or a change in its genetic code. Such a change can make the cell potentially cancerous, cancers can occur in a variety of tissues, organs and body sites, depending on the type and location of cells that have been infected. The cancerous change may not occur for months or years after infection. Although the development of cancer is one outcome of Feline Leukemia, other diseases more commonly develop. In many cats, it can result in a moderate to severe suppression of the immune system. This means that the infected cat is less able to defend itself against a wide range of infections that would not normally cause a problem in healthy cats. A variety of clinical signs develop in these cats, and there is a progressive deterioration in their health over time. Feline Leukemia is usually fatal; most cats will only have 3 or 4 years once diagnosed. Direct contact between cats is the most frequent method of infection. The virus is fragile and cannot survive longer than a few hours in the environment outside of the cat. A cat with Feline Leukemia sheds a large quantity of the virus in its saliva as well as in other bodily fluids such as urine and feces. However, it is not a highly contagious virus, and transmission generally requires a prolonged period of close contact between infected and susceptible cats. Cat bites by an infected cat can readily transmit infection.

As mentioned, Parvovirus for dogs is similar to Panleukopinia in cats. The symptoms are the same for dogs as well as the methods for the way it is spread and being extremely infectious.

Another highly contagious and often fatal disease for dogs is Distemper. Not only does it affect dogs, but other animals like ferrets, skunks and raccoons. It is usually spread by direct dog to dog contact, but can spread via coughing and sneezing over short distances. Diarrhea, vomiting coughing and thick yellow discharged from the eyes and nose is commonly seen. Though if left long enough twitching and seizures can develop. Even a dog who has recovered from it can be left with lifelong muscle twitching and reoccurring seizures.

Canine Hepatitis and Adenovirus are infections and inflammation of the liver. It will not affect humans but can affect other members of the canine family such as foxes. It can be transmitted through urine or the nose and eye discharge of an infected animal, usually by direct contact. Young dogs are at a much greater risk then older ones. There can often be a fever, depression and a loss of appetite Cloudiness in the eye can develop as well as more sever signs such as diarrhea, vomiting and abdominal pain. If advanced enough it can be fatal.

Parainfluenza and Bordetella are both diseases that affect the respiratory tract, also commonly known as kennel cough. Coughing and nasal or eye discharge are of the more common signs seen with these diseases but if left long enough a high fever and pneumonia can develop. The cough can linger for several weeks after treatment has been started and is more likely to be caught in group situations due to how contagious they are. They can be transmitted by air born particles or by touching contaminated surfaces.

Leptospirosis is a bacterial disease of the liver and kidneys that can affect dogs as well as other mammals, including people, though it is usually carried by rats and other wild rodents. It is mainly passed along to other animals through the urine or surfaces infected by the urine. Even after an animal has recovered from the disease they can still act as a carrier of it. There are various forms of the disease and symptoms depend on which form is taking affect. The main general signs are vomiting, diarrhea, lethargy, and loss of appetite, though depending on which form it is, there can be a yellowing of the skin and eyes, bleeding of the mouth and whites of the eyes, or kidney failure. Ulcers on the tongue may also develop and cause very bad breath. Since it can be transmitted to humans, rubber gloves should be worn if cleaning up after an infected animal.

Understanding the relationship between your pet and disease is paramount to maintaining a happy and healthy pet. Preventing these serious and contagious diseases not only makes it safer for your pet, but for others as well.