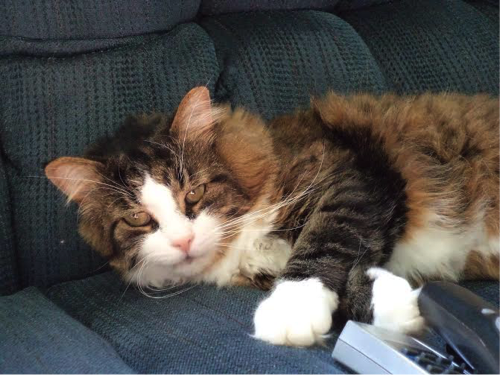 Who is George? What is the Oscar Fund? How can I help?

Well I am here to tell you!

The Oscar Fund was introduced to North Town back in April 2014, however it has been around for some time at our sister clinic in British Columbia, Van Isle Veterinary Hospital. In 2012 they started this special fund to help sick or injured pets in need, it was given the title: The OSCAR Fund.

This fund is named after a real life Oscar who was adopted from the local SPCA back in 2002 by the Van Isle team. Oscar was a lovely clinic cat, he moved right in with the Van Isle team and made it his new home. Anyone who had the pleasure of meeting Oscar probably noticed that he needed to lose a few pounds but all that signified is that there was more of him to love… Anyone checking in at reception was most likely faced with 20lbs of cat waiting to have his belly rubbed! 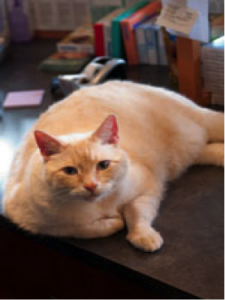 Aside from being a ham, Oscar always had this special gift of knowing when a little compassion was needed. He would curl up on the lap of stressed or saddened owners, immediately making them feel better. Oscar ruled the roost at Van Isle Veterinary Hospital for 11 years; his team member’s note that he was such a joy and loving presence to have around the hospital day in and day out.

Sadly, Oscar passed away in November 2013. His memory lives on as a representative of all the animals out there looking to be rescued and brought into a loving home. In his memory the Van Isle Vet team created The OSCAR Fund. The ‘OSCAR’ Fund stands for:‘Offering Subsidized Care for Animal Recovery’. The funds raised through community outreach engagements provides assistance to animals or families who need it most. 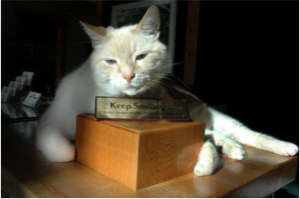 When this amazing fund and the wonderful story behind it was introduced to our team here at North Town Veterinary Hospital, we immediately were on board and anxious to raise our own funds to help local animals who were in need.

Our first recipient is a lovely cat named George. I first met George and his family on an overnight shift I was working on the 22nd of November, it was at 1:11 am to be exact. I am not only the Practice Manager of the hospital but I have also been a Registered Veterinary Technician for the last 12 years. I was on RVT duty that night and ready to lend a hand. George had been my patient for that evening; an ultrasound was performed by Dr. Rennick and bladder stones were noted in the George’s bladder. It was decided that a surgical procedure was needed to remove the stones. Dr. Zeitoun got the go ahead from George’s owners and we were off to surgery at 4:00am.

While beginning to prep for George for surgery, I had a very honest conversation with Kevin and Kelly. They wanted George to be fixed but they had just moved to Brampton and had both started new jobs, finances were unsettled. I spoke to my support team that evening and we got the idea to offer them proceeds from the OSCAR fund. We did not have much in the bank however we decided that this would be our first recipient… our first OSCAR case! Kevin and Kelly were shocked and overjoyed with this generous offer. Because the funds have been raised through our community outreach programs, this was really their new community offering them the compassion.

George’s journey began that evening and continued on. He had to endure not one but two surgical procedures to ensure he would not suffer from this type blockage again. He was discharged after five days in hospital, though it felt much longer when it was occurring.

It is truly amazing the bond that can be formed between the staff and our patients, the same goes for the relationship we create with the pet’s family members. I am happy to report that George is still doing well and is one happy, laid back cat. 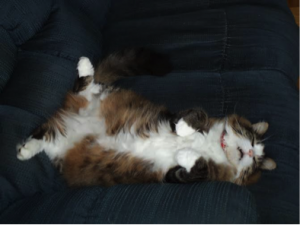 George is very lucky to have such exceptional owners. Kevin and Kelly were very open and honest with their communication to our team, this ensured everyone was on the same page and at all times. Everyone including George were over the moon when he was given the go ahead to be discharged from the hospital.

Our team here is still in touch with George’s family and will continue to monitor his progression. Kevin, Kelly and George were very thankful and honoured to be the first recipients of this generous fund.

This one’s for you Oscar!

How can you help? Through this program, the management team at North Town Veterinary Hospital can approve coverage for partial veterinary costs of patients requiring immediate and lifesaving treatments.

The team at North Town’s emergency vet is working hard to raise money for the OSCAR fund: the more we raise, the more patients we get to help! Simply provide our hospital with an online review on Google of your experience and $5 will be donated to this fund.

Ask our staff for more ways you can help contribute. We appreciate all your support to this amazing and much needed initiative! 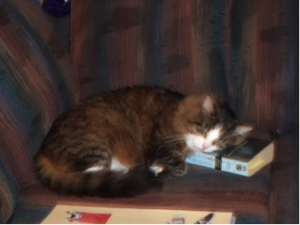