I would like to take the opportunity to showcase and introduce our current mascot at North Town Veterinary Hospital.  His name is Perso, which means lost in Italian. Why, you ask, is this his name? Well let me tell you the story of the little kitten that could…

It was a blustery December morning; I was taking my two Chihuahuas out for their morning walk.  I was out earlier than usual as my 14 year old Shelby is in need of more frequent trips outside these days. Or perhaps it was that Shelby being aware that a small soul needed rescuing and was relentless on dragging me out of bed to help him? No matter the reason that kitten was very lucky.

After a few minutes of convincing from Shelby I packed up to take both Shelby and Tinkerbell out for a stroll.  The minute we got outside I was stopped in my tracks to the cries of an animal in distress.  The cries were so loud and so desperate they almost came out as a howl.  I distinctly remember a woman standing outside with her coffee I assume waiting for a ride.  I asked her “Can you hear that,” she simply shrugged at me like, “Yes but what do you want me to do about it?”

I immediately went on a search for where these cries were coming from.  Across the street from my apartment building is what my sons like to refer to as the “forest”.  I looked up and saw nothing but I could pinpoint where the distress call was coming from.

I decided that I was going to climb up this escarpment and save this animal.  I must point out this is a very thick wooded area with quite a slope to the landscape, it felt like 90 degrees!  Whatever the actual slope was it was going to be quite a challenge to climb up there and save this animal.  I initially was bringing the dogs with me but quickly realized they were not going anywhere.  They looked at me as if I was a mad woman!  I tied them to the tree and began my climb.  I must of fell half a dozen times, sticks cutting into me, branches hitting me in the face but as I got closer the animal screamed louder and louder.  When I finally realized it was a kitten I attempted to call him to me but no luck, he did not want to move from the steep slope he was on.

I finally made it to him and picked him up.  He initially began to panic so I put him into my coat and closed him in so I could safely make my descent. Once bundled in like a baby kangaroo he calmed down and allowed me to rescue him.

I brought him to North Town that morning to have him assessed by one of our veterinarians.  I was informed he was malnourished, had severe eye infections and was infested with fleas.  Perso is also missing 75% of his tail, Why? No one knows but our suspicion is frostbite.

Gloria who is one of our front office team members agreed to take him into the Four Paws One Heart program and nurse him back to health.  Perso has been at Gloria’s house for the last several weeks, he has gained weight, is ridden of his flea infestation and his eyes are slowly but surely healing.

I have no doubt in my mind that this poor kitten would have frozen out there that morning. The shear energy he exerted to call for help had taken all the energy that he had. Gloria states that after eating a great deal of food all Perso wanted to do was sleep.

I put up posters in the neighborhood to see who was missing him but no one phoned looking for him. I do not know why this poor kitten was out there in the elements or how he got there. I am just glad I was there to help him in his time of need.

He is awaiting his forever home but in the meantime he is enjoying life and loving having free roam of our hospital. He is extremely well socialized and his tail is probably one of his most charming features. Until he finds his forever home we are happy to have him as our temporary mascot.

They say everything happens for a reason, maybe it does… 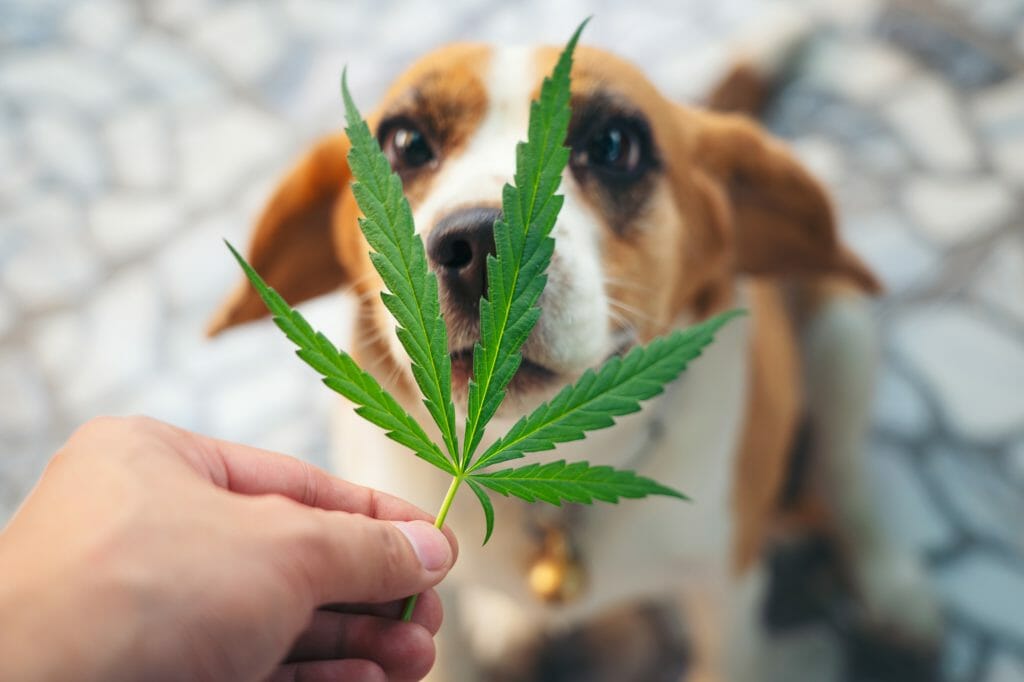 Pets have more cannabinoid receptors in their brains than humans. This means that the effects of cannabis are more dramatic and potentially more toxic. A small amount of cannabis is all it takes to cause toxicity in cats and dogs.

North Town Veterinary Hospital is committed to doing everything possible to combat the COVID-19 (coronavirus) outbreak.

As part of this commitment, effective immediately, North Town Veterinary Hospital will be instituting the following precautionary protocol to minimize the risk of COVID-19 transmission.

For the safety of yourself, our staff, and the community, clients will not be allowed to enter the building. We have initiated a Closed-Door Policy, we have locked our front doors. Please call 905-451-2000 when you arrive for your appointment. We will meet you outside to get your pet. The exam will take place in our hospital and our Doctor will communicate the results of the examination via telephone. You can also place an order for pet food through our Online Store by visiting our website.

- If you do not have a phone or your pet's emergency is immediately life-threatening, please come to the front door and ring the bell.

- If you wish to connect with a veterinarian via message, phone or video, visit our website and follow the "Online Consultation" link.

Thank you in advance for your understanding.