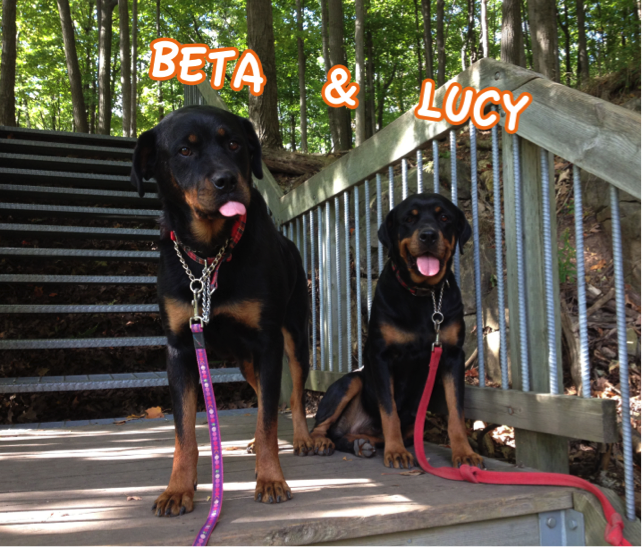 The Awesomeness of Being a Foster Parent by Abby Tu, CSR

Fostering animals in need is truly a rewarding experience. The most common question I get asked is: “Isn’t it really hard to give them up?” Of course it is! However, in the end when it’s all said and done, you can’t help but feel extremely happy for being apart of the journey for these animals to find their forever home.

I began fostering in University when I was completing my undergraduate degree. As a kid, my parents never let us have a pet of our own, so getting a dog was on the top of my list when I moved out. However, being on a student budget rendered it impossible for me to take on any additional expenses on top of my own – that’s when I turned towards fostering. Foster organizations pay for all the expenses including food and medical bills, all I needed to do was provide the love.

My first foster dog was a 10 week old black Labrador retriever puppy named ‘Pepper’. I fostered ‘Pepper’ through the Lion’s Foundation Guide Dogs of Canada. At the time, the organization was looking for volunteers to foster and socialize 8 week old puppies until they were ready to enter formal guide-dog training. Who wouldn’t want a free puppy?! I was onboard.

It was definitely really hard to give up my very first foster dog at the end of the program, especially since I raised him as a puppy. The last time I ever saw him was his graduation day. The trainer showed me all the things Pepper has learned and what he was capable of – I was so amazed! I also got to meet the family that Pepper was going to. It was an extremely emotional day for me but I could not have been happier knowing that Pepper is out there helping someone in need. Pepper’s personality assessment deemed him perfect for the autism aid program and he’s out there somewhere helping a little boy in need. It’s an extremely rewarding experience knowing that I was a part of it.

After Pepper, I decided to become a foster parent through Humane Societies. Although I loved raising a puppy, it definitely was a lot of work especially when I had to focus on school as well. Upon a few days of sending out e-mails, the Mississauga Humane Society responded to us. They were in need of foster parents to save pets from high-kill shelters. They are a non-profit organization and everything is run through foster families and donations. Through the Mississauga Humane Society, I fostered 4 dogs over the span of 2 years. Each dog had their own background story and they all needed a foster home.

“Sam” the 6 year-old Hound mix breed was my first through the organization. They did not know his full story, but he was found as a stray and no one came to claim him despite being well-fed and healthy. He was very skittish and the stress of the shelter deemed him to be aggressive. The Mississauga Humane Society contacted me to take him in since I have had experience with more difficult large breed dogs in the past. When I met him, he did not show any aggression at all, but was definitely nervous. The first day I brought him home, the first thing he did was find a safe spot in the corner of a room and stayed there the entire day. He wasn’t interested in anything and walked slowly with caution anywhere he went. I don’t know what his past was like, but he was scared of absolutely everything. With time and lots of socialization (i.e. taking him out on many walks, encouraging him to go up to people) and love, he became a normal happy dog and was ready for adoption! In the end, he went to a great family with lots of yard space. It was an incredible feeling knowing that he has finally found a forever-home with amazing people.

“Doogie” was a 3 year-old German Shepherd/Collie mix with SO much energy. He was also found as a stray. He needed to be house-trained and to learn standard manners, but he was very playful with the softest fur I’ve ever felt. It takes a lot to tire him out, but in the end, we found him a family with a woman that has just as much energy as he does!

My last two foster dogs came together – “Lucy” and “Beta”. They were both pure-bred Rottweilers, found running along the side of the road. The shelter had thought that someone would be looking for them, but no one came. They had very sweet personalities and were in good health. Upon the vet physical exam, it seemed like they both had had a couple litters of puppies. It was suspected that they were part of a puppy mill, but nothing was confirmed. ‘Beta’ was protective of me and would lick my hand for hours if I let her. She went to a farmer with acres of land where she can run free and guard the animals. ‘Lucy’ was more timid but so very sweet. She went to a family of animal lovers that was looking for a companion for their other dog. Even after the adoption, they sent us photos and updates of her. I have never had any experiences with rottweilers before, but after ‘Lucy’ and ‘Beta’, I will forever have a soft spot for Rotties.

These days, I help out with the Four Paws One Heart program (based out of North Town Vet Hospital) when foster parents are needed. Through this program, I have fostered 9 kittens, including the two I am raising now – Pugsley, an orange tabby and Wednesday, a Torti.

To conclude, it’s been a long journey for me being a foster parent. Each pet is different; each experience is different, but it never stops being rewarding. If you are like me and aren’t able to have a pet of your own, I urge you to try fostering – there are so many shelters out there that are in need of volunteers. Or if you’re looking for a new addition to your family, try searching through humane societies. Don’t overlook the older dogs – they have just as much love as any puppy.