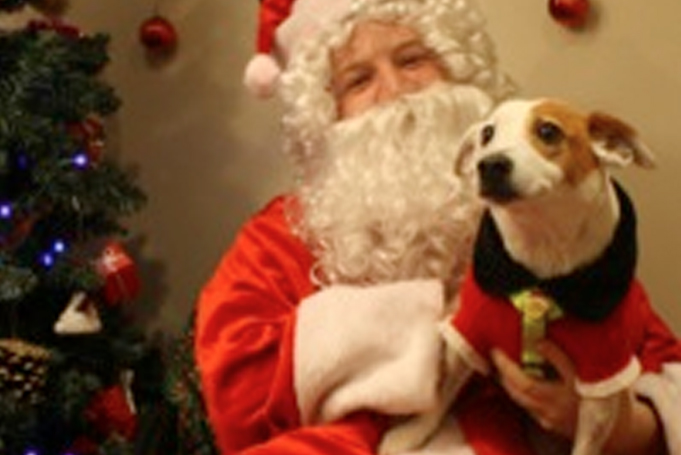 “Josie” is a seven year old Jack Russell terrier who we at North Town have grown to know quite well. The end of 2013 was both a trying and triumphant time for her and her family; from spending some time in our hospital, to making regular visits to the Toronto Veterinary Emergency Clinic, Josie has fought a tough battle.

In the earliest hours of a September morning, Josie came to North Town with difficulty breathing. Her parents, Irene and Joseph, allowed Dr. Shmuel and the rest of the North Town overnight team to perform whatever diagnostic tests needed to be done to find out what was wrong. After many tests and three nights in hospital, Josie was diagnosed with lymphoma, a rapidly-growing cancer.

When the diagnosis was presented to Irene and Joseph, no time was wasted in proceeding with Josie’s care. The family faced her illness with positivity and determination, and immediately set off to Toronto VEC, where Josie began her chemotherapy treatments. For Josie and her family, the last few months have been spent making back and forth trips to VEC for treatment and North Town for her prescription diet and check-ups.

In mid-October, the good news arrived that Josie was doing well with treatment – so well, in fact, that she was declared ‘in remission.’ Josie is continuing treatments with optimism, and she remains in remission.

When Josie enters North Town today, she is full of joy and energy. She greets everyone with multiple kisses and a ferocious tail wag. Irene and Joseph are truly model parents, and they are never too busy to share stories with staff, or to join in on North Town events. Even through her battle, Josie has supported our charities for Four Paws One Heart, including taking Christmas photos, and donating some delicious baked goods to our bake sales (thanks to her mom’s baking skills). Irene also donates to the SPCA, where she found Josie. Throughout treatment, Josie has remained the lovable girl that first came to see us that morning, and she never lost patience.

Josie and her family are a reminder to us at North Town of what positivity and hope can do. In the face of bad news they pushed forward without a second thought. “We would have given up our house for Josie. When Dr. Forbes referred us to VEC there was no question in whether or not to go ahead with treatment,” Irene says. “Now she is better than she was before cancer. We thank Dr. Shmuel, Dr. Forbes, and everyone at North Town for Josie’s care.”